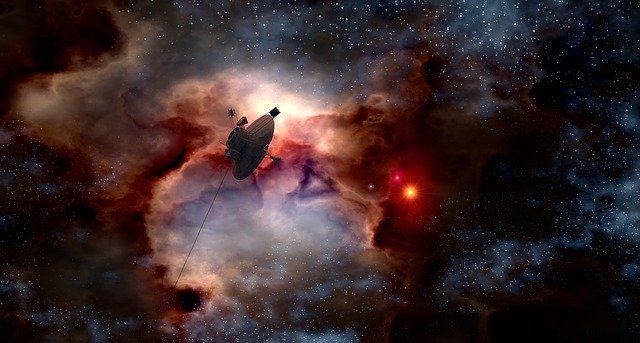 Childhood is the best time in our life. Children are very curious to know about everything, and they learn a lot. Most of the children are interested

Childhood is the best time in our life. Children are very curious to know about everything, and they learn a lot. Most of the children are interested in-universe and want to know more about it. The fascination of the world beyond the stars is what draws the kids alike to space. For children like these, there are so many space movies that will give your kids a glimpse into the wonderful family of the solar system and more. So if you are also wondering which space movies are best for your child, here it is. We present you with the top space movies for kids.

Fly Me to the Moon

Fly me to the moon is an animated 3-D movie released in 2008. Ben Stassen directed it. The story is about a curious child who is interested in space. After hearing the adventures story of his grandfather from his youth, he decided to go into space and experience some derring-do of his own. He convinced his two friends to stow away on Apollo 11. This movie is inspiring as there are many educational themes, like recording humankind’s first walk over the moon. Have you seen the space movie 1992?

If you are looking for a fun and entertaining film about space, this movie will hit that spot. It’s an American space adventure film inspired by a U.S.  space champ. Harry Winer directed this film with the starring cast of Kate Capshaw and Joaquin Phoenix. The movie is about four kids who went on a summer camp for teenagers organized by an astronaut and her NASA-employed husband. The astronaut was eagerly waiting for her first trip to space. Still, anyhow these bunch of naughty kids accidentally shot into space, and then they had to work together and operate the spacecraft to return home.

This Canadian-American-South Korean film is 3D computer-animated, science fiction, adventure, and comedy. It was written and directed by Aaron Woodley. This is a story about a teenage monkey who lived on a different planet with his two friends very happily. However, after some time, power-hungry evil captured and started controlling the planet. The monkey planned to take down the evil to save his family and friends. In this film, kids will see a wormhole and a cool side of the space. To know about business applications and tools, check the article about caci apps

Space Dogs: Adventure to the Moon

It’s a Russian computer-animated film based on Soviet space dogs. This film was made to honor the first dog who survived in space. It was directed by Inna Evlannikova and Svyatoslav Ushakov. The story is about two Russian astronaut dogs who were very brave. Then all the monuments in the world started to disappear before everyone’s eyes. These two legends came to rescue them. This movie teaches the kids about teamwork and friendship and is fun to watch

It’s an American computer-animated science fiction film directed by Andrew Stanton and released by Walt Disney Pictures. This story is about the last robot left on the planet Wall-E. He spends his days cleaning the planet, but deep down, he feels lonely. Then one day, he spots an alien sent back on Earth on a mission. They became friends and had a lot of adventures together across the galaxy. It’s one of the best animated and educational space films with many thought-provoking movements. While streaming online, if you face any error, it may be 0x0 0x0.

These are some of the most amazing and inspiring space movies for kids. Hope it will be helpful for you in choosing your type of movie.

Make Your Gift-Giving More Creative By Packaging It In Custom Box!

Why Do You Need the Best Garage Door Company Service?

Sports Underwear – How to Choose the Easiest Running Underwear 0