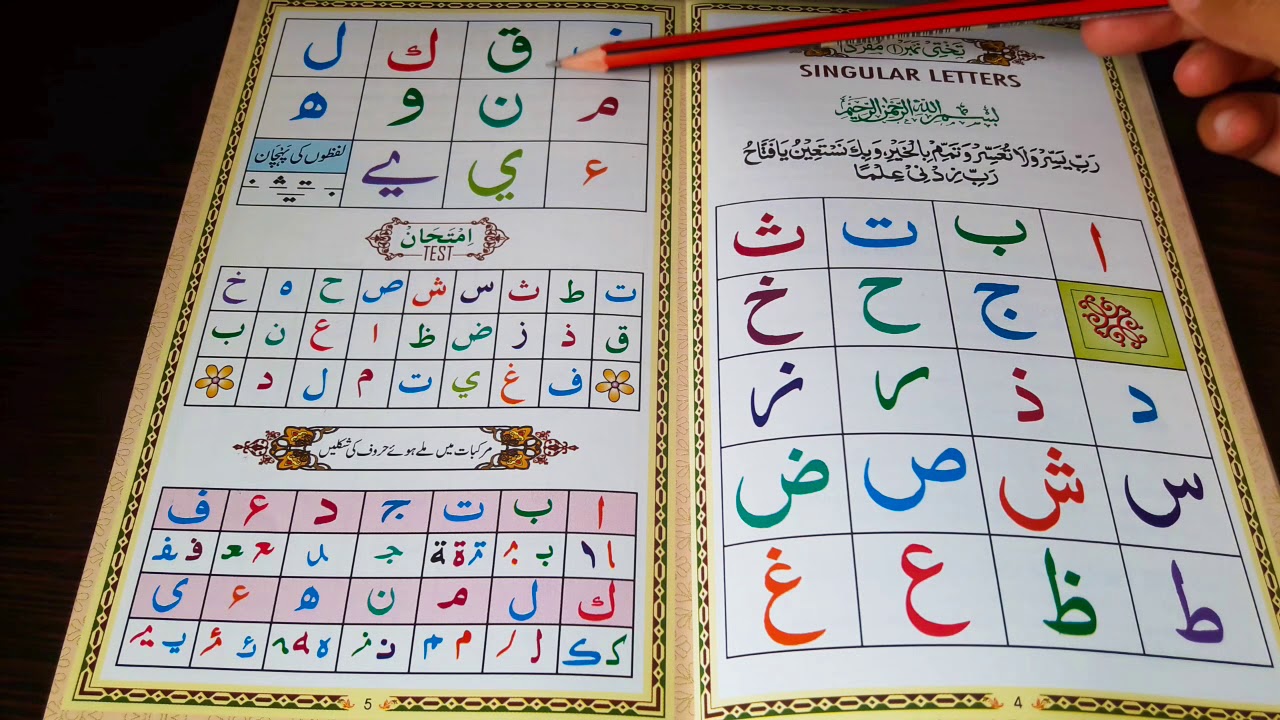 Islam is the second most followed religion in the world and the Holy Quran is the primary source of Islam. Quran is the divine word of Allah and was r

Islam is the second most followed religion in the world and the Holy Quran is the primary source of Islam. Quran is the divine word of Allah and was revealed to the Prophet Muhammad, cementing his place as the last prophet of Islam. As Quran is the primary source of Islam, Muslims from an early age are taught the importance of following the teaching of the Quran. It is a complete code of life, providing guidance about everyday life, duties, and rights of Muslims.

The Holy Quran is written in Arabic and is divided into 114 chapters which are subdivided into verses. The First chapter is Al-Fatiha and the last is Al-Nas. The Quran not only teaches mankind how to live but also contains the history of Islam. It narrates the stories of the previous prophets and the books that were revealed to them.

The Prophet Muhammad said: “The best of you are those who learn the Qur’an and teach it” (al-Bukhari). Therefore, teaching the Quran is a very noble and important task, especially Quran teaching for kids as children need to be taught the basics of reading Arabic for proper recitation. Mosques and Madrassahs are the centers of teaching and learning the Quran.

For people living in remote areas and in Muslim minority countries, finding the best Quran tutors is a difficult task as mosques and religious education centers are not located in every city and locality. It gets cumbersome for parents to regularly take their children to the centers far from home.

Moreover, learning the basic alphabets of Arabic and their pronunciation is important. The spread of Islam has necessitated the learning of the Quran using tajweed because Arabic is not the native tongue of many Muslims. The Quran was revealed in Arabic, and it is important to recite it in the correct dialect, following the rules of tajweed so that the meaning is not distorted.

To facilitate people who do not know how to recite the Quran with tajweed, there are many resources and websites through which you can learn Quran online. Through such online resources, Muslims can learn proper recitation of the Quran from the safety and comfort of their homes.

Muslims who are willing to learn the Quran using Tajweed need to have an intention to learn. They must clear their mind from all distractions. They should also make sure that they are in a state of purity, i.e., have clean clothes on and have done ablution. It is only if these requirements are fulfilled that the student should start the process of learning the Quran with tajweed.

The Quran tutors online teach tajweed to adults and children by starting from the Noorani Qaida. The process of learning Noorani Qaida online with tajweed starts with the learning of Arabic alphabets. This is done through the help of diacritics i.e., symbols and marks placed over or under the alphabets indicating their pronunciation.

The students slowly learn to pronounce words and phrases with the help of tajweed. They also learn the rules of waqf i.e., where to pause and stop, rules of noon and meem sakin, noon and meem Hannah, and the correct inflection of words, consonants, and vowels. The tutors inculcate their teaching by revising their previous lessons.

The Quran tutors online make the learning process easy and convenient as both adults and children save time that would have been spent on driving to and from Quran classes. Additionally, it allows people who are physically incapable of going to the class to attend these online tutoring sessions.

Recitation of the Holy Quran is an important part of the daily life of a Muslim and the use of these online resources will make the learning of tajweed easier and accessible for everyone.

Is Modafinil really the only way to promote smart awakening?

What does practical training mean?