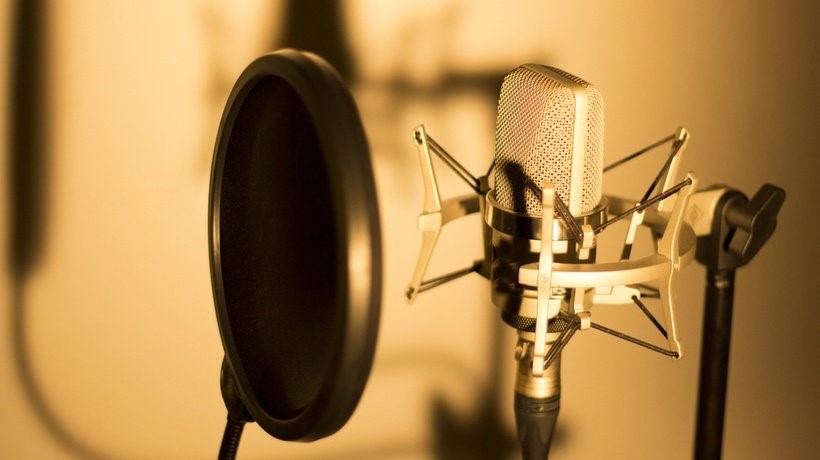 Everyone makes mistakes, especially when they’re first starting out. While making at least one beginner voice over a mistake is a rite of passage in t

Do You Need a Professional Roof Inspection?
The Ultimate Guide to Preschool
Some Essential Tips For Summer Plumbing Preparation

Everyone makes mistakes, especially when they’re first starting out. While making at least one beginner voice over a mistake is a rite of passage in this industry, what sets successful voice actors apart is their ability to dust themselves off and address the issue head-on.

I’m about three years into voice acting. I’ve done commercials for radio, voiced youtube videos, recorded and edited full-length audiobooks as well as a hodgepodge of other gigs during my time.

I want to share what mistakes I have seen from others as well as ones I was guilty of myself early in my career.

Becoming a voice over artist is a lot like any other career, it takes a lot of hard work and effort to make it. One thing that a lot of new voice artists ask is “how much does a professional voice artist make?” Talk about putting the cart before the horse.

Way before anyone should be thinking about how much a professional makes, they should be worrying about if they can do the job well. A good recording set up and a solid handle on editing skills, both points that will be covered later, are big factors to success in the voice over world that many overlook when they first start out.

As the ancient philosopher Aristotle put it “ Patience is bitter, but its fruit is sweet.” It’s nearly impossible to become an overnight success, and success itself is never guaranteed, so the best course of action should be to enjoy the ride.

Getting into voice over can seem daunting from a hardware prospective alone. What type of mic should you buy? What type of audio interface should you buy? From a beginner perspective, I would suggest a Snowball Black Ice USB microphone produced by Blue, which retails for about $50 wherever you can find it around the web.

I originally started with a Behringer C-1U USB mic which cost about $60, but that mic had a problem with low sound. I tried fixing mine through a plethora of online tutorials, but decided ultimately to change microphones to the Snowball Black Ice, which cost about $10 less. You can check it out here on Amazon.

As far as software goes, I cannot recommend Audacity enough. It is a free program that possesses many of the same features, effects and tools as most paid audio editing programs. If you want to move on to a more well rounded program after, Audacity will lay a ton of groundwork for you to build on in the other programs.

3.  Not working on your range

Many beginner voice artists usually have lofty goals, like gigs in radio or a featured dubbing spot on a famous anime. Goals are fine to work towards, but they can also limit possible income for a voice artist.

It’s important to train in, and showcase one’s ability in a wide range of voice over categories. On fiverr.com, for example, there are nine categories for voice artists to post a gig including television, dubbing/impersonation, audiobook and eLearning to name a few.

If a novice voice artist has lofty goals of one day becoming the next great cartoon voice, they might focus solely on the Television category. Doing so would limit their ability to grow their brand and increase their revenue across several other categories of voice acting.

4.  Over promising and under delivering

When first starting out with any new venture, it’s important to know your limitations. Before you take your first voice over gig, you should do some basic editing on some projects with low stakes.

Something like a pro bono project you take on for experience or just building your own reels . You should learn how to use the voice over recording software to edit your audio. You need to understand how much time and effort goes into editing the project, rather than just accounting for the time it will take to record the project.

Know that rough estimate for the average amount of time it takes to edit 10 minutes of audio is about an hour. Sometimes, if you nail it in one take and manage background noise and breaths, the time can be cut, but it’s also important to deliver a high quality product no matter what stage of your career you’re in.

Most marketplaces have feedback options for clients, so not giving 100% can easily affect your reputation. Give a conservative estimate for your possible delivery time and always deliver well before the deadline.

Voice acting, narration, voice artistry, whatever you call it, is not easy. It takes countless hours to master each and every aspect of the voice over profession. This includes the editing, the training as well as the actual voicing of projects.

Time is not free and you deserve to be compensated if you deliver a quality service. As mentioned in the last tip, it could easily take an hour to edit 10 minutes of audio. Plenty of times on the r/voicework subreddit people will post looking for artists to voice their projects for free, only to become offended when voice talent enquire if there is a budget for the project.

No matter if the project is 30 seconds or 5 hours, the effort that is put into a project should be rewarded. To get a good idea of what you should charge for a project at the beginner level, click here to head over the Fiverr voice artist category and see what voice talent are charging in your skill range and stick to it.

When I first started out I would work on audiobooks for way less than I should have. Factoring in how quick I was able to edit and how long it should take me to voice it (about 7,000 words an hour, not accounting for retakes) I liked to make about $10 an hour starting out. More than minimum wage was a win to me.

6.  Not getting proper coaching/Taking a class

I took years of training in improv comedy in addition to years of trial and failure as a stand-up comedian, all of this combined, I feel, has made me a more rounded voice artist. If you feel timid when speaking in public, it would be a good idea to take an acting, improv, stand-up, or public speaking class to break out of your shell.

Character work that you cover in improv and acting classes help you enhance your range and open you up to more work opportunities. It’s great if you have that announcer voice, but most of the time projects call for more than that.

Learning to project and how to stand when delivering lines in improv or acting helps with your delivery and confidence when recording VO. Additionally, working on character range can really come in handy when recording audiobooks. After all, nobody wants to hear all the characters have the same voice. It is important to learn how to become a professional audiobook narrator.

7.  Recording in an echoey room/Not building a quality recording space

This is one of the most important things that CANNOT be skipped when first getting into voice acting. Recording in an echoey space cannot be fixed in post production. Believe me, I’ve tried. You just have to waste time recording the ruined audio again, and you have no one to blame but yourself.

Most voice artists that record from home prefer to do so in a closet as most of the clothing absorbs the sound, reducing the echo. You can take a look at my very non glamorous set up to the right. My mic arm, not pictured, is clamped to the top of that old TV stand on top of the desk.

If you prefer to do so in an extra bedroom/office, use packing blankets or tapestries to cover bare walls and absorb sound.

If none of these are options, go with the tried and true method of… a single blanket. That’s right! If push comes to shove and nothing else works, grab a fairly thick, quiet blanket and cover yourself while you record. The outcome is surprisingly good. But be careful- it gets hot fast.

8.  Not taking the time to properly make a reel

Here is the tip I can’t seem to shut up about. Work on your reel! Even after you’ve been in the game for a while, don’t forget to update it! A reel is a snippet of what you’re capable of delivering to clients, a sample of your best work.

For those new to the game, you can make reels using copy you’ve found from around the web or on advertisements, but please be honest. If you use a small sample of copy from a Ford commercial, I say leave out the branding as it makes it seem to clients that you have done work for that brand when you have not.

It’s suggested that reels should be about one minute in length, try your best to budget your absolute best content in the right way. Play around with thing until it sound right to you. Here is a helpful video from professional voice artist Mike Delgaudio about building a reel.

There you have it! 8 voice acting mistakes to avoid. I hope I was able to shed some light on what it’s like getting into voice acting and stuff to look out for. Thank you for your reading. Good Luck!

How To Apply for An Udyog Aadhaar Registration 2

5 Things You Must Consider Before Doing Your Interior Painting

The Ultimate Birthday Gift Ideas For Your Loved Ones Who Is Gonna Turn 40th!

3 Things a Business Strategist Does for Your Business