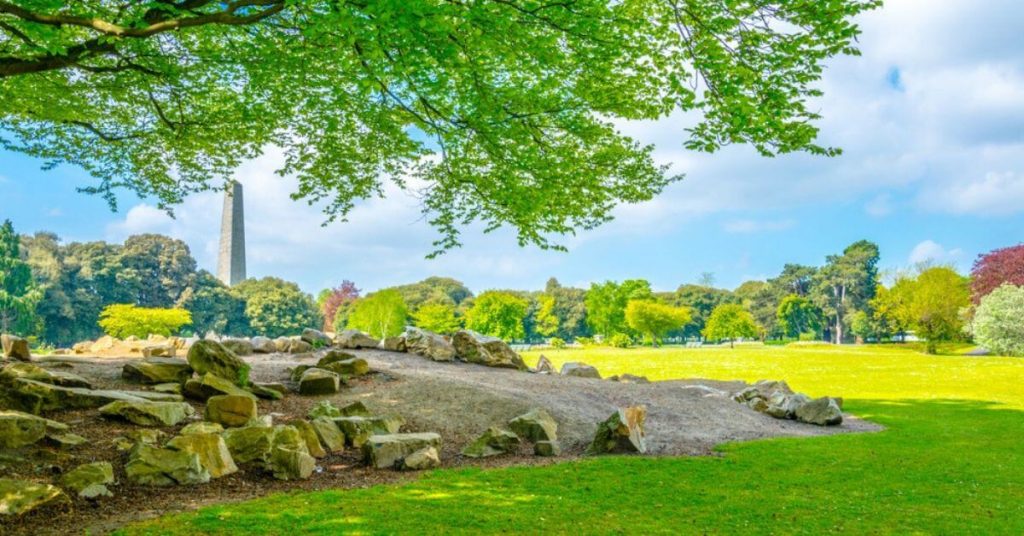 We actively encourage you during your stay to get out and about to explore all Dublin has to offer. Making sure you make memories and enjoy Dublin as

We actively encourage you during your stay to get out and about to explore all Dublin has to offer. Making sure you make memories and enjoy Dublin as best you can, we even provide a range of take away food, drinks and snacks for you to take with you on your day out.

We’re very fortunate to have so many of Dublin’s finest attractions within just a few kilometres of the hotel, including the Phoenix Park. The Phoenix Park is Europe’s largest urban park and one of Dublin’s most popular visitor attractions and we are just a few minutes’ walk away. In fact, we’re so close to the Park that we often refer to it as our back garden. 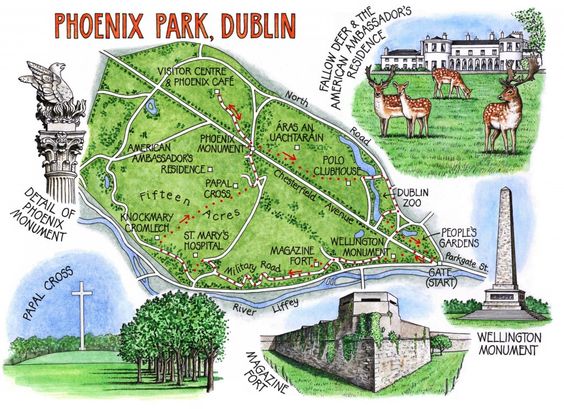 Phoenix Park is loved by Dubliners and visitors alike. Every year the park plays host to countless concerts and events. Global music stars such as Coldplay and Robbie Williams have played spectacular concerts in the park over the years, in fact the park even held an audience with the Pope back in 1979 which drew in over 2 million people. Ireland’s Largest Gardening festival, Bloom, also draws thousands of people to the park every year.

The best time to see the park is bright and early in the morning when all is calm and the mist is still lingering in the air, it’s beautiful.

Phoenix Park is home to Dublin Zoo, one of Ireland’s biggest family attractions. The Zoo first opened its doors on the September 1st 1831 and spreads over 28 hectares. Each year over 1 million people pass through its doors to see the animals. At the moment, over 400 animals live in Dublin Zoo with a mix of mammals, reptiles, birds, amphibians and invertebrates all on display.

It is the ideal place to go if you have children, the Kaziranga Forest Trail, a wonderful new habitat for the zoo’s breeding herd of Asian elephants, it’s definitely not to be missed! Zoorasic World has just opened too, there’s a life-sized model of a T-Rex (rumour has it, his name is Stan), along with pythons and forest dragons all housed in a beautiful Victorian building, the kiddies will love it!

Did you know that the Phoenix Park was originally a deer park? The herds Fallow Deer can still be seen roaming around the park today. The deer were also the inspiration behind our Ashling Hotel logo.

Ashtown castle is a medieval tower house that dates back to the 17th century. The castle is officially the oldest building in the Phoenix Park. Nowadays, the castle is home to part of the Phoenix Park visitor centre where you can enjoy audio visual presentations on the park and check out the various exhibits and demonstrations.

If you’re looking for a unique way to explore the Phoenix Park then a Segway tour is the way to go. Tours are available seven days a week and last for approximately one hour and take in all of the park’s main attractions along the way.

Alternatively, you can hire a bike and head off exploring the park yourself. You can pick up bikes just inside the main entrance on Parkgate Street and they cater for all ages. The newly extended cycle trails make this a really enjoyable way of exploring the park.

The Chesterfields Restaurant here in Ashling Hotel gets its name from Chesterfield Avenue which runs through the park? The fourth Earl of Chesterfield was appointed Lord Lieutenant of Ireland in January 1745 and is credited with initiating a series of landscape works in the Phoenix Park.

These included considerable replanting of the Park as well as planting of elm trees on either side of the main avenue which bears his name. But above all it was he who awarded the lasting benefit of throwing open this splendid Park to the citizens of Dublin and the public in general in 1745 and then followed the erection of the Phoenix Column which is located in the centre of the Park and forms a focal point of a large roundabout on the beautiful tree-lined Chesterfield Avenue.

What does the cross necklace represent?

What paintball markers do geniuses use? 0